Before The TakeOver (Sereniti Book 1)


Modern web applications are asynchronous by nature. So knowing how to wait for elements, before trying to interact with them, is an essential skill in modern test automation. Many testers pepper their web tests with Thread. It slows down the tests, makes them more brittle, and can…. Cucumber 4 has a lot of new features which can help make our Cucumber test automation code cleaner and more expressive.

But there are also some big changes under the hood!


Fortunately, Serenity BDD is here to help. When we write automated acceptance tests we often need to perform some initial tasks to prepare test data or set up the test environment. Likewise, when a test finishes, we often need to tidy up the database or put the environment into a clean state. Assertions are an important part of any test automation framework, and Serenity gives us many options. But more recent versions of Serenity Screenplay provide an alternative approach, which many developers find easier to use and faster to….

Gherkin Refactoring Patterns Good Gherkin is easy to read but hard to write. And while there are many tips and tricks for writing good Gherkin, often teams still struggle to keep their scenarios clean, informative and readable. In this talk, we will take a practical look at some real-world Gherkin scenarios, and see why they…. John Ferguson Smart is an international speaker, consultant, author and trainer well known in the Agile community for his many books, articles and presentations, particularly in areas such as BDD, TDD, test automation, software craftsmanship and team collaboration.

Still, i would think that she's not ready for her journey, but even she was being untrained, i saw her defeat Daughter of the Moon a while ago.

1. Learn how to stay in one spot

And that what makes her worthy of becoming an adventurer. However, i can't think even she's young, she would have a ton of potential of defeating Q'bthulu with her friends. Appearance: If you have seen my Boomeranger on PS4, you would quite know what she looks like. Personality: Before the shadows invaded the prime worlds, Aria is quite shy. She was often silent, yet kind to the townsfolk out there.

However, she has a wish to see outside the prime worlds before everything changed rapidly. During the Shadow Invasion, she found many friends of her own before fighting off with her sword to combat the shadow army. She became adventurous, yet optimistic to her best friends and others. She will do her best to destroy the darkness before they take over these worlds.

Aria is also very caring, but willing to take on anything that get in her way or in her friends' way. She's a bit more brave this time around, after the defeat of Daughter of the Moon. Aria can take on even the most powerful of foes, although she lacks the training to do so.

She's quite positive about things, despite the roadblocks that the shadow invasions put on her. Yet, even if she's young, she has greater potential to defeat Q'bthulu with her friends. She can do teamwork, yet she can jump in without notice of the rules or guidance without her Sage friends' advice.

Gear: Stellar gear, like Kris, except Aria uses a sword. Her Sub-Class ability is: Knight. Other: Aria has an ally: The Raptor Berserker. Each time she slays an enemy, she will recover some of her HP along with a movement speed buff. Chosen Class: Fae Trickster. My my, she's childish, yet very tame. As almost as she acts like a lost daughter of an long old family.

She used to be afraid of the wild fae, and even their corrupted kin; However, she's powerful right in the inside of her golden heart. That's why she became a Trickster. A Prankster, yet playful faerie. I wonder why she got all of the glitter bombs? Appearance: If you have seen my Fae on PS4, you would remember what she looks like. Personality: Rin is quite playful, yet childish just before The Sundering began; She was social, yet a little timid and feeble at first, but she is very, very tame. Just after the The Sundering ended; she became heroic, devoted herself to be unlike any other hostile wild faerie out there.

She became brave, yet quite quick in reaction when facing a bigger threat. She cared about her Sage friend, and later on she mostly cared about Aria and Kris during the Shadow Invasion. I heard that she has the will to keep her ego under control, she definitely kept a good job upon doing so! Rin on the other hand, she is quite loving, yet kind to all friend life in peace. She loved small things or just the same size as her height, i believe she has a reason to keep that a secret! She has the right amount of bravery she has, but the unfortunate happened, it was fragile as glass.

She will be scared of bigger, yet stronger things on her own. Most likely she's afraid of the Shadow Titans, oh poor Trickster…. But her bravery wasn't all that fragile when she isn't alone, however. The closer that her friends are, the more likely her bravery will withstand along with the determined will of her friends. The most likely she will get scared of, is that she will find something new, and weird out of nowhere from her back.

Overall, i think Rin is very, very hopeful with her closest allies.

Even nearing the end, she will still help them out by tricking the enemies into her trap. Still, she's quite feisty in the past, and i wonder what happened? Accessories: Same with the rest, except her mount and costume is different. Costume Twilight Trickster. Other: Rin has a different ally this time: The Hungry Hydrakken ally.

Increases Magic Find,. Time of Age : 1, years old, even she looks like a young 14 year old with a tiara on. Chosen Class: Ice Sage, i know Miyu for a very, very long time now. The last time we met was years ago, yet i know she left for a world outside of ours to explore to find out about new information of a previously, yet undiscovered Atoll is.

She's perfect to become an Ice Sage, even imbued with the powers of a Despoiled Divinity. She has a plethora of knowledge in her mind, something that is rare to me than the lesser paragon gods that i know of. My my, Miyu, if you can hear my message, you'll know where this new opposite of the Atoll of Madness is. S, good luck going into a new journey with your allies.

I hope you return to our worlds someday. Personality: Long ago, before the shadows invaded, Miyu was born in a frost Fae kingdom. At a young age, she's calm, yet very intelligent and determined.


She's also very, very polite and well-mannered, that she can forgive for everyone. In her lifetime, she has a will to go to a world far away, to get as much knowledge as she can while she adhere to the different rules of this new world. 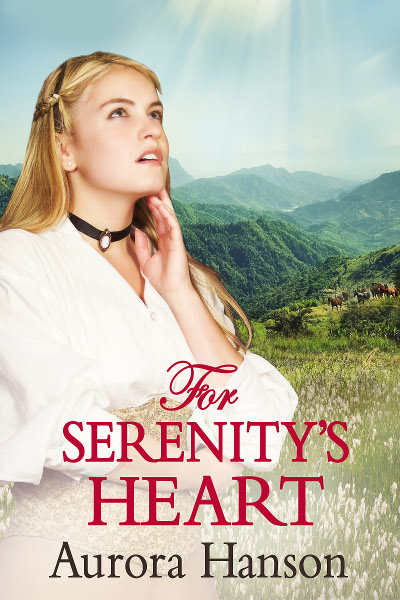 However, Miyu has been optimistic to everyone. She loved to inform others of her new discoveries, and her new findings as well. She has an interest like Aira, to go upon into other worlds. But her wish is that after herself and her friends journey is completed, she wished that there will be a new leaf of their journey, far out into the stars. She has a tendency to make a joke once in a lifetime; She made me a joke about how the Sun and Moon were seperate, that was decent joke, i nearly chuckled after she told me the moon has pies and the sun has sunlight cakes.

That was about years ago, i still remembered it since then. Anyways, she has a taste for knowledge among the prime worlds beyond the geode world, and she's a good informer to her friends. However, she won't take a bad joke for sure, but that was likely rare. This is the reason why she was Ice Sage in the first place; Understanding the rules for the other worlds, spreading truth to others, being a really good wielder of Ice magic as well as making sure of her friends' safety, and having the knowledge of our world and the outside worlds.

Trove: Atoll of Serenity takes place right after the defeat of Q'bthulu in the world of Geode, a once pristine world filled with life until it became desolate. A previously, yet untold and undiscovered Atoll is said to bring their wishes to life by transporting Trovians into an unknown, faraway world that is said to be the point of no return, but yet said to be a new permanent leaf of adventure if the certain, yet exceptionally rare amount of conditions are met.

These four trovians have finally completed their years' long journey against the shadow army. But how? Well, before these four trovians went into this peaceful Atoll, they have a near-hopeless, yet impossible battle against the shadowy god colossus, Q'bthulu. After these four trovians entered the Atoll of Serenity, they are met with an unknown figure who gladly grants their wishes by sending the four off into an uncharted, faraway world that seemed to be their permanent, yet all-new journey to lead a boy wielding key, a humanoid dog knight, and a magical duck wizard.

In the world of Geode, just right at the beginning of the shadowy battle between light and dark, four 25, PR trovians are making sure everything is prepared to deal with Q'bthulu for the last time. Aria, the Boomeranger is more powerful, but untrained like usual in these Trovian worlds, and was worried about the battle.

Her eyes seemed to show a little bit of fear as she held tightly to her Dusk Dervish sword by the handle, her breath quivered as it she felt she wasn't ready enough.